The one kind of movie i love… are shitty so bad its good movies.

Twisted Pair is a dumb movie, but its so surreal. The confusion, the repetition, and the bizarre atmosphere just makes it a completely unique experience. and its hilarious too because its so fucking stupid. But at the same time, it also (attempts) to touch upon many of the themes that you see with the post modernists, about technological control, virtual reality, ect. along with religious themes such as those of cleansing the earth of evil from a foreign powerful god. But the assembly of these parts is hysterical and total madness. Its like a bizarre dream.

On top of this, so bad its good movies have the social connection. You aren’t just thinking of the movie as a separate universe but also the story of the people who produced it. it queers the boundary between movie and production.

When we watch a movie like District 9, everything is so carefully designed to make you think, oh yeah, this is the real world but with this and that. And so it opens the door to nitpicking, destroying the universe one board at a time to reveal its breakdown point. This is why things like Cinemasins are so popular with people, because this mode of interaction with film makes us so alienated from the actual art of it itself. The film is a UI hierarchy.

However, a movie like Plan 9 from Outer Space is so haphazard, that the audience is forced to interact with the media in a way that is not just channeled into their brains. They have to think, wait, why is any of this happening? Did they forget to shoot at night? For real? Ed Wood, what are you doing?

Think of the movie Glen or Glenda by Ed Wood. Haven’t seen this one, but I’ve heard its bizarrely bad. But at the same time, it also expresses Ed Wood’s homosexual and transgender desires quite blatantly on film, in the fucking 50’s! and even though it makes no sense, you have to start thinking about Wood as a person! It again, queers the boundary between production and film, while being queer itself!

So, A Love of UIQ is an interesting case because its not really “bad” its just goofy. and i think to myself, that its something precious, because like the so bad its good movies, it captures the writer so perfectly - even though its corny. Unlike any piece of his theoretical writing, Guattari suddenly becomes a human rather than an abstraction.

In some sense, I just want to see it. Imagine Red Letter Media reacting to it or something! But at the same time I’m glad it wasn’t, because look at our own response - people expected it to be realistic! I bet it was because of the high standards presented from elsewhere.

but at the same time, after you finish the screenplay, you now get it, don’t you. And somehow it transcends words. 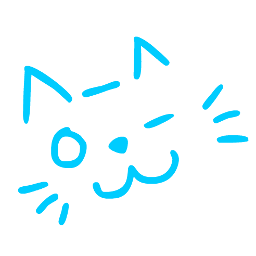